2011 – Egyptian Revolution culminates in the
resignation of Hosni Mubarak and the transfer of
power to the Supreme Military Council after 18
days of protests.

2013 – Pope Benedict XVI announces his
resignation from February 28, the first pope to
resign since 1415 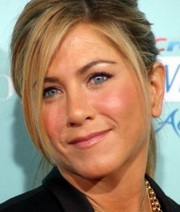 1650 – Rene Descartes , philosopher “I think
therefore I am ” , stops thinking

2012 – Whitney Houston, American singer and
actress, dies from an accidental drowning at age
48