1927 – Canberra replaces Melbourne as the capital of Australia

2001 – In Ghana 129 football fans die in what became known as the Accra Sports Stadium Disaster. The deaths were caused by a stampede (caused by the firing of teargas by police personnel at the stadium)that followed a controversial decision by the referee handling a crucial match between arch-rivals Accra Hearts of Oak and Kumasi Asante Kotoko.

2006 – George Preca is canonised as the first Maltese saint in history.

2012 – A Russian passenger jet disappears with 45 people on board 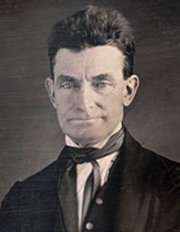 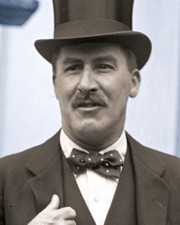 As for those who have already prophesied a catastrophe as the aftermath of foreign interventions, what would be more catastrophic than having minors continuously abducted by the terrorists, and savagely raped, without a means or will of rescuing them? Nigeria is already a catastrophe for those who have stopped living in denial; and with the coming of foreigners, I guarantee that our deaths are now going to be televised, documented and no longer seen as lies and propaganda by mischievously insular politicians and their polarized supporters. We must now begin to seek for ways to end the hashtags, for every day is an unbearable torture for our sisters and daughters in captivity. Hashtags don’t cure; they don’t even prevent. They only inform. And that has already been achieved.

May God save us from us!

There’s no indignity as having the news of a people’s misery and deaths denied, played down or unsympathetically politicized. The only tragedy worse than this may be the lack of strategy or, as some have said of the ongoing counter-terrorism, of the “will” to end these many killings.

The past few weeks have been peculiarly Nigerian – a condition I liken to a nightmare. The most frightening, especially to the ruling class, was the ease with which Abuja was threatened, its security arrangement openly undermined, not once, nor twice, in a short time: the attack of the headquarters of our biggest intelligence-gathering agency in broad daylight and the bombing, twice, of Nyanya, a suburb of Abuja. Outside the marble corridors of Abuja, it was actually the abduction of almost 300 schoolgirls that has sparked a fashionably viral hashtag campaign – #BringBackOurGirls.

The online campaign turned into physical protests, attracting the…