2004 – The U.S. town of Hallam, Nebraska, is wiped out by a powerful F4 tornado that broke a width record at an astounding 2.5 miles wide. It also kills one local resident.

2006 – Results from the Montenegrin independence referendum, 2006 are announced. 55.4% of voters vote to become independent from the Serbia and Montenegro Union.

2010 – Polish astronomer Nicolaus Copernicus’ remains are reburied in Frombork Cathedral, Poland after a 200 year search for his tomb 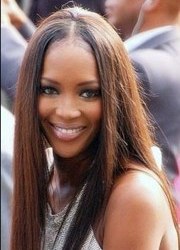