THE VISIT TO THE FARM

Myself and lil' sister at the entrance of the house

Family selfie in the cocoa farm

Yours truly was lucky to find a left over oil seed (etan), which I chewed and suck out the oil. 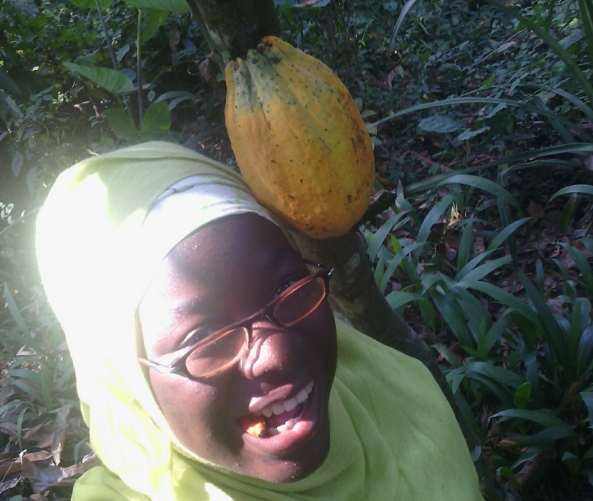 Selfie with cocoa pod while sucking at etan

When he was in the secondary school, on the occasion of an open day visitation in his year one, one of their teachers told his class to go harvest some cocoa, he said after harvesting they all packed the cocoa pod in a place without the necessary processing, said it was supposed to be put in a dark place.

After listening to the story and all laughed at the part where the teacher referenced their fathers, yours occupied herself with the cocoa. I cut it into two and happily suck at the seed.