1327 – Teenaged Edward III is crowned King of
England, but the country is ruled by his mother
Queen Isabella and her lover Roger Mortimer . 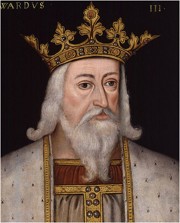 1796 – The capital of Upper Canada is moved from Newark to York.

1948 – Federation of Malaysia forms from 9
sultanates

1972 – Kuala Lumpur becomes a city by a royal
charter granted by the Yang di -Pertuan Agong of
Malaysia.

2009 – Jóhanna Sigurðardóttir is elected as the
first female Prime Minister of Iceland , becoming
the first openly gay Head of State in the modern
world .

1650 – Rene Descartes , philosopher “I think
therefore I am ” , stops thinking